Tuvalu, formerly known as the Ellice Islands, is a Polynesian island nation located in the Pacific Ocean midway between Hawaii and Australia. Its nearest neighbours are Kiribati, Samoa and Fiji. It comprises four reef islands and five true atolls. Its population of 11,992 makes it the second-least-populated independent country in the world. It is also the smallest member by population of the United Nations. In terms of physical land size, at just 26 square kilometres (10 sq mi) Tuvalu is the fourth smallest country in the world.

The atoll highest point is just over two meters above sealevel. The expectations are that Tuvalu will disappear due to sealevel rising within 50 to 100 years. There is no money for protective measures. The Government of Tuvalu hopes to be resqued by New Zealand and Australia. Tuvalu meets all expectations of an unspoiled paradise but there is little tourism due to poor accessibility. The population live peaceful lives and survive by fishing and taking it easy. 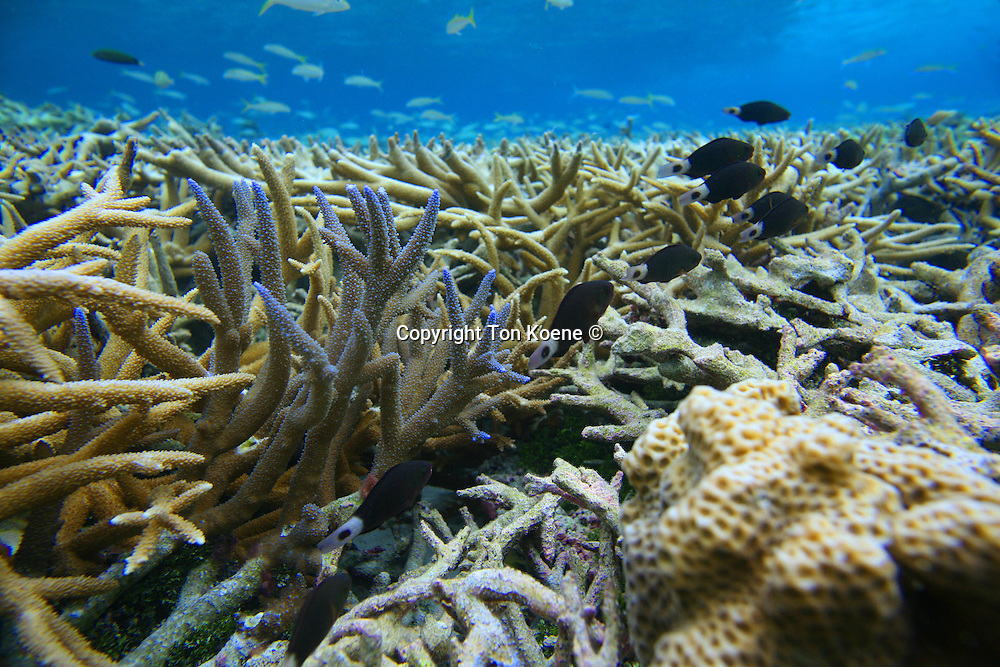